Five of the Worst Food Additives 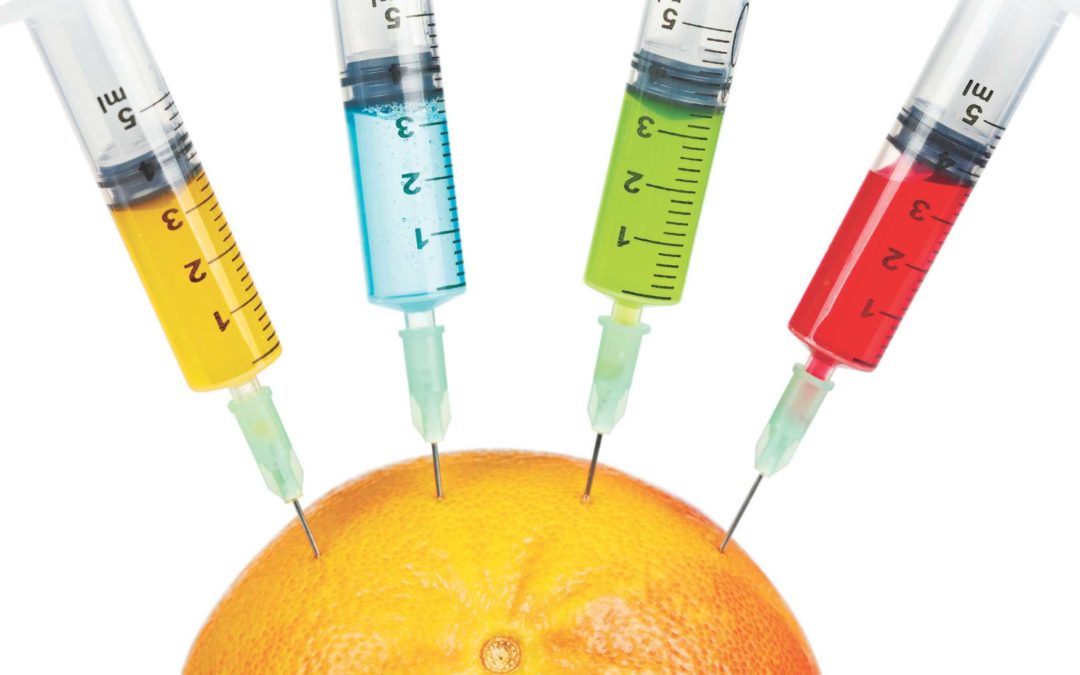 Are you aware of the little-known, often lab-generated, flavour enhancing chemicals being pumped into your food? Look out for these five food additives the next time you go shopping.

Found in deep-fried fast foods and certain processed foods made with margarine or partially hydrogenated vegetable oils, trans fats are formed by a process called hydrogenation. They have been incorporated into many food products to improve stability during cooking, increase shelf life, and boost flavour. Health Canada aims to add trans fats to its “List of Contaminants and Other Adulterating Substances in Foods,” as numerous studies now show that the consumption of trans fat increases the risk of heart attacks, heart disease and strokes, and contributes to increased inflammation, insulin resistance, and obesity. (1)

High fructose corn syrup (HFCS) is a manmade sweetener that can be found in a wide range of processed food products, from crackers and cereals to ketchup and salad dressings. Originally introduced as a cost-effective sweeter in the American diet, long-term consumption of HFCS is now shown to lead to abnormal increases in body fat, especially in the abdomen, along with the development of diabetes and tissue damage, among other harmful effects. (2)

Artificial food dyes are derived from petroleum and can be found in many food products marketed to children, such as fruit juices, breakfast cereals, vitamins, soda, and salad dressings. In 2010 a report from the Centre for Science in the Public Interest (CSPI) concluded that such food dyes, approved in the United States, likely cause behavioural and hypersensitivity problems, are carcinogenic, or have been inadequately tested. (4)

Even fresh fruits and vegetables aren’t safe, as Michael Jacobson, executive director of CSPI, notes that fresh oranges are sometimes dipped in dye to provide uniform colour and brighten them up. According to the International Association of Colour Manufacturers (IACM), artificial colour additives “provide a colourful identity to foods that would otherwise be virtually colourless” (5), and assists in compensating for colour loss that occurs naturally during product storage.

Out of the nine artificial dyes mentioned by the CSPI, here are three that you absolutely need to watch out for:

Can be found in: cereal, candy, soft drinks, sports drinks.

Can be found in: cereal, cheese products, candy, margarine, pasta.

Sodium nitrate accumulates in fruits and vegetables from fertilizers, and is also used a colorant, preservative, and flavouring component in processed meats. This ingredient is considered hazardous in high concentrations once it enters the digestive system, as the body converts nitrate to nitrite. It’s believed that sodium nitrate may damage blood vessels, harden and narrow arteries, and potentially lead to heart disease. According to the World Health Organization (WHO), “meat processing such as curing (e.g. by adding nitrates or nitrites) or smoking can lead to the formation of potentially cancer-causing (carcinogenic) chemicals such as N-nitroso-compounds (NOC) and polycyclic aromatic hydrocarbons (PAH).” (7)

Butylated hydroxyanisole (BHA) and butylated hydrozyttoluene (BHT) are common preservatives that help to keep foods from changing in flavour, altering in colour, or becoming rancid. Although it is believed to be safe in small doses, it large amounts both BHA and BHT have been known to effect the neurological system of the brain, and cause severe abdominal cramping, vomiting, and nausea. In their report on Carcinogens, The US Department of Health and Human Services states that BHA is “reasonably anticipated to be a human carcinogen based on sufficient evidence of carcinogenicity in experimental animals.” (8)